A lot has changed in the world since our last community update. Organizations around the world have had to cope with a lot of sudden and unforeseen changes, and Equinox has communicated with many of you about your own (hopefully) short-term changes.

I’ve thought a lot lately about the Mr. Rogers anecdote: “When I was a boy and I would see scary things in the news, my mother would say to me, ‘Look for the helpers. You will always find people who are helping.’” Obviously the complexities of the adult world are far more – well, complex – but the sentiment is comforting.

What does this have to do with open source? Well, over the past couple weeks as libraries grappled with having to close branches, extend due dates, and find projects for newly teleworking employees, I saw a touching and powerful thing happening in our Koha and Evergreen communities: I saw a lot of helpers.

We all know that open source communities thrive on mutual collaboration and information sharing, but there was a new urgency to some communications. In IRC channels for both Evergreen (#evergreen on Freenode) and Koha (#koha on OFTC), community members were sharing ideas about how to manage the ILS side of extended closings of uncertain length, and all that goes with that. Do you extend due dates? Do you waive all fines, or a subset? Do you extend patron expiration dates? What about holds? What about transits? What about notices?

And no less important was the social outlet provided in these chats – the connection around shared problems and solutions, and the simple joy of interacting with friends and colleagues in this new era of social distancing. In these channels, questions were answered, bugs were discussed, scripts were shared, best practices were debated, and stories were exchanged.

To take an example from Koha, a bulk-edit due dates bug went from filing, to patching, to committed in master within 8 days, with backports to all stable versions following closely after. A new bug was opened for emergency circulation rules, as well. On the Evergreen side, the Emergency Closing Handler got new attention and a few follow-up wishlist items (one more), as well as work on an existing issue.

Both Evergreen and Koha have seen major spring events disrupted, but even in this our communities have shown resistance. The Koha Hackfest scheduled to take place in Marseilles, France, had to be cancelled and a Virtual Hackfest was created in its place. Similarly, the Evergreen International Conference planned for April has been cancelled, though hopefully a virtual event can take its place.

It gives me a lot of comfort to see our communities pull together their knowledge and creativity to support their libraries, patrons, and fellow community members in the face of uncertainty. I am grateful to be part of these communities – as well as part of a profession – in which there are always so many helpers. 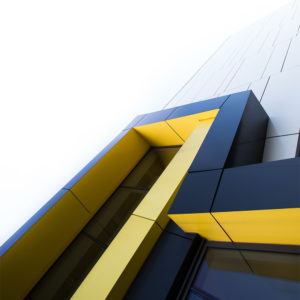 Equinox is Hiring a Program Assistant!